The Inherent Problem with The Fraser Rankings for Mississauga, Brampton & Toronto 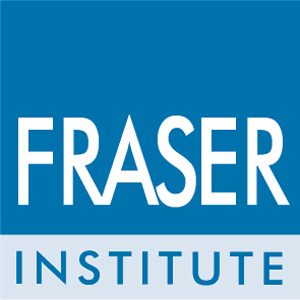 As a Realtor and one of the GTA’s top school advisors, I certainly have an opinion on the Fraser Institute rankings – their deficiencies are why I started the SUSI Rankings in the first place!

So the Fraser Report Card is an invaluable resource for parents – we all know that – and for Catholic schools in the GTA, and public schools in York Region and Halton Region, I have no problem with them.

But for PUBLIC elementary schools in Mississauga, Brampton & Toronto, it’s a different story. The Fraser Institute only grades elementary schools that go at least up until Grade 6. (Because of the EQAO’s Grade 3 AND Grade 6 testing.)

And that’s why, if you see any other “Top-Ranked” Mississauga, Brampton & Toronto public schools list from anybody else, IGNORE IT. It is useless to you. And the lists in Toronto just aren’t complete enough.

And when I say “anybody else”, I really mean “any other real estate website”.

These websites are just regurgitating easily-available information without consideration of ALL the public elementary schools in Mississauga, or Toronto.

These real estate websites are demonstrating that they really don’t know much – or care much – about Mississauga, Brampton & Toronto schools.

My rankings are based on 7-year PERSONAL research I have done on the EQAO tests, PLUS school district demographics (which enable the “Potency Rankings”) that can help determine how a school is doing relative to how they are expected to perform.

The Peel Board of Education also warns of the Fraser Rankings. On their website they write: “As presented, the ratings in the report provide an incomplete and distorted picture of school effectiveness.”

However, as concerned parents, we do not have time to personally visit each prospective school and interview other parents about it. It’s impractical. We have no other choice for comparison except for hard data.

So what I’m saying is, quite bluntly, as parents looking to move into Mississauga, Brampton or Toronto, the SUSI Rankings are the ONLY rankings you should be considering. :)